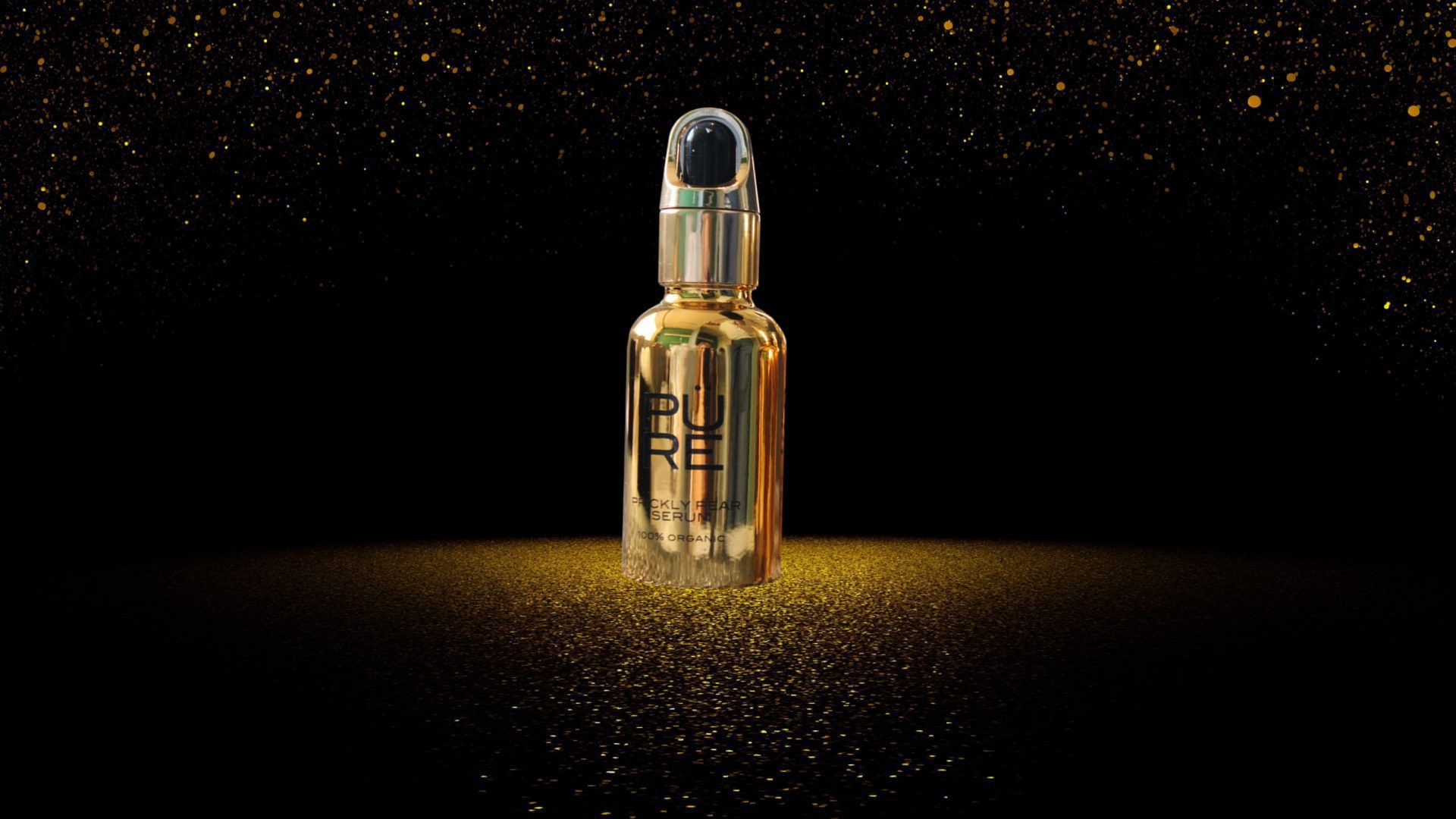 Why you will never see “Fragrance” in our Ingredient List

Many products list “fragrance” on the label, but very few name the specific ingredients that make up a “fragrance.” This lack of disclosure prevents consumers from knowing the full list of ingredients in their products. While most fragrance chemicals are not disclosed, we do know that some are linked to serious health problems such as cancer, reproductive and developmental toxicity, allergies and sensitivities. Clearly, there is a need for stronger regulations, more research, and greater transparency.

WHAT TO LOOK FOR ON THE LABEL: Fragrance, perfume, parfum, essential oil blend, aroma.

WHAT IS FRAGRANCE? Fragrance is defined by the FDA as a combination of chemicals that gives each perfume or cologne (including those used in other products) its distinct scent. Fragrance ingredients may be derived from petroleum or natural raw materials. Companies that manufacture perfume or cologne purchase fragrance mixtures from fragrance houses (companies that specialize in developing fragrances) to develop their own proprietary blends. In addition to “scent” chemicals that create the fragrance, perfumes and colognes also contain solvents, stabilizers, UV-absorbers, preservatives, and dyes.

These additives are frequently, but not always, listed on product labels. In contrast, the chemical components in fragrance itself are protected as trade secrets and described on the label only as “fragrance.”

In other personal care products, fragrances that are added also include the combination of ingredients that give the product a scent and that stabilize the scent. These are typically only indicated by the term “fragrance” or “parfum.”

HEALTH CONCERNS: The International Fragrance Association (IFRA) lists 3,059 materials that are reported as being used in fragrance compounds. Of these 3,059 ingredients, some have evidence linking them to health effects including cancer, reproductive toxicity, allergies and sensitivities.

A 2016 study assessed self-reported health effects from fragrance. This survey of a random sample of US residents found that 99.1% of participants are exposed to fragranced products at least once a week from their own use, others’ use, or both. Participants also reported an extensive list of health effects experienced when exposed to fragrance ranging from migraines and asthma to gastrointestinal problems and cardiovascular problems. The findings showed that a high percentage of the participants did not know of the chemicals included in fragrance and would not continue to use a fragranced product if they had previously known it emitted pollutants.

Acetaldehyde: Acetaldehyde adversely affects kidneys and the reproductive, nervous and respiratory systems. This chemical is listed as known or suspected to cause cancer in California’s Proposition 65. Both the International Agency for Research on Cancer and the National Toxicology Program classify acetaldehyde as potentially carcinogenic to humans.

Butylated hydroxytoluene (BHT): BHT irritates the eyes and skin and may adversely affect one’s growth rate and liver.[14] The American Conference of Governmental Industrial Hygienists (ACGIH) has determined that there is moderate evidence that BHT is a human respiratory irritant.

Benzyl Salicylate: Benzyl salicylate is a fragrance allergen and a potential endocrine disruptor.The European Union restricts its use and requires that it is listed on product labels.

Benzyl Benzoate: benzyl benzoate is a skin and eye irritant and may severely irritate, burn and sting the genitalia and scalp. The European Union requires that it is listed individually on products and restricts quantity use.

Butoxyethanol: Butoxyethanol is a skin, eye, nose and throat irritant. Exposure can lead to blood in the urine, vomiting and nausea with long-term damage to the kidneys, liver, lymphoid system, nervous system, respiratory system and blood cells.Butoxyethanol is also a reproductive toxicant. The International Agency for Research on Cancer confirms the carcinogenicity of butoxyethanol in experimental animals.Both the European Union and Canada restrict butoxyethanol in consumer products.

Chloromethane (methyl chloride): Chloromethane can have both acute and chronic effects on the nervous system and also adversely impacts the liver, kidneys and skin. It is listed under California’s Proposition 65 as a developmental toxicant.

Dichloromethane (methylene chloride): Dichloromethane is linked to mammary gland tumors in experimental animalsand may be an occupational carcinogen. It is reasonably anticipated to be a human carcinogen according to the National Toxicology Program and possibly carcinogenic to humans according to the International Agency for Research on Cancer. Its use in fragrance products is restricted by the European Commission and prohibited by the U.S. Food and Drug Administration.

Diethyl phthalate (DEP): DEP is an irritant of eyes, skin and the respiratory tract. It is a potential endocrine disruptor and has been linked to reproductive and nervous system toxicity.

Eugenyl methyl ether (Methyleugenol): It can affect multiple endocrine systems and induce mammary gland tumors in experimental animals. Methyluegenol is a naturally occurring substance used in essential oils. It is a possible human carcinogen according to California’s Proposition 65, the National Toxicology Program, and the International Agency for Research on Cancer.

MEA, DEA, TEA – ethanolamines: When ethanolamines are used in the same product as certain preservatives that break down into nitrogen, they can form nitrosamines. Nitrosamines are a class of more than a dozen different chemicals, which the International Agency for Research on Cancer lists individually as possible and known carcinogens. The National Toxicology Program Report on Carcinogens lists 15 individual nitrosamines as reasonably anticipated human carcinogens.

Methanol: Methanol is a developmental toxicant according to California’s Proposition 65, and the European Union has concentration restrictions of methanol in cosmetics.

Oxybenzone (BP-3): This UV-filter is a derivative of benzophenone and a potential endocrine disruptor.Oxybenzone can accumulate in the blood, kidneys and liver and may be toxic to liver cells. The European Union restricts oxybenzone at up to 10 percent maximum concentration in cosmetics.

Resorcinol: Resorcinol changes liver, kidney and spleen functioning and adversely affects the cardiovascular and nervous system. The European Commission lists this chemical as a Category 1 endocrine disruptor,and the European Union restricts concentrations and requires labelling of products that contain these chemicals. In Japan, the form Resorcin is banned in all types of cosmetics.

Styrene: Styrene can be toxic to red blood cells and the liver when taken orally and toxic to the central nervous system when inhaled. It is reasonably anticipated to be a human carcinogen[70],[71] and is a Category 1 endocrine disruptor in living organisms according to the European Commission.

Synthetic Musks (Tonalide , Galaxolide, Musk Ketone, Musk Xylene): These chemicals are used in fragrances and added to personal care products. Synthetic musks are highly bio-accumulative and have been detected in breast milk, body fat, and the cord blood of newborn babies.   Studies show that these compounds may disrupt hormone systems and may be reproductivedevelopment, and organ system toxicants.

Titanium dioxide (TiO2): Inhalation exposure can damage lungs and the repertory system. TiO2 may be an occupational carcinogen and is listed as carcinogenic on California’s Proposition 65. The International Agency for Research on Cancer also lists this chemical as a possible human carcinogen.

1,4-Dioxane: 1,4-dioxane is a by-product of a process to make other chemicals less harsh. Because it is a contaminant produced during manufacturing, the U.S. FDA does not require 1,4-dioxane to be listed as an ingredient on product labels. However, this chemical is known or suspected to cause cancer or birth defects according to California’s Proposition 65.[91] The International Agency for Research on Cancer lists this chemical as possibly carcinogenic to humans while the National Toxicology Program categories 1,4-dioxane as reasonably anticipated to be carcinogenic to humans.

Our own product testing revealed the presence of two chemicals ethylbenzene and vinyl acetate in products marketed to kids. These ingredients were not listed on labels, leading us to suspect they may have been used in fragrance. These chemicals are not on the IFRA list of fragrance ingredients, but our 2016 report shows that these possible carcinogens could be lurking in personal care products and kids’ cosmetics.

Ethylbenzene: Ethylbenzene is a volatile organic compound that has been classified by the International Agency for Research on Cancer as a possible carcinogen. It is also listed on California’s Proposition 65 list of known carcinogens to cause cancer. Ethylbenzene is mainly used in the manufacture of styrene. It is also used as a solvent, as a constituent of asphalt and naphtha, and in fuels. Short-term exposure may result in respiratory effects, such as throat irritation and chest constriction, irritation of the eyes, and other effects such as dizziness. Inhalation over time has shown conflicting results regarding its effects on the blood.

Vinyl acetate: Vinyl acetate is primarily used as a monomer in the production of polyvinyl acetate and polyvinyl alcohol.  It is also used as a raw material in the production of other chemicals, adhesives, water-based paints, nonwoven textile fibers, textile sizing’s and finishes, paper coatings, inks, films, and lacquers. inyl acetate is listed by the International Agency for Research on Cancer as a possible carcinogen. Short-term inhalation exposure has resulted in eye irritation and upper respiratory tract irritation.

REGULATIONS:  Current laws do not provide the FDA with the authority to require disclosure or public safety of fragrance ingredients. In the U.S., companies are required to list ingredients on the label; however, this regulation excludes the individual constituents of fragrance in order to preserve fragrance trade secrets. This sustains a loophole that leads to disclosure gaps.

The International Fragrance Association (IFRA) and the Research Institute for Fragrance Materials (RIFM) develop and set voluntary standards for chemicals in the “fragrance” component of products. The US, Canada, and Europe rely on IFRA and RIFM to identify ingredients for use in fragrance. In effect, this means the international Fragrance industry is self-regulating.

HOW TO AVOID: Read labels and avoid products when no information is given other than “fragrance”.

You can be sure that you will never see ‘Fragrance as a listed ingredient on any of our prackaging for the simple reason, we do not use any. All of our products are 100% pure and natural.

Skip back to main navigation

The Difference between ‘ORGANIC’ and ‘CERTIFIED ORGANIC’ Skincare

How do I get smooth, clear skin? By using our range of high quality face serums that are designed to give your skin exactly what it needs. Depending upon your need we have serums to repair, moisturise, revitalise and more.…
END_OF_DOCUMENT_TOKEN_TO_BE_REPLACED
20 Jan

“Certified Organic” or ‘Organic’ what is the difference? Your skin is the largest organ of your body, and much of what you put on to it will be absorbed into it. Unlike organic food, which must adhere to strict regulations, there are no legal standards…
END_OF_DOCUMENT_TOKEN_TO_BE_REPLACED
21 Dec

As Christmas approaches thoughts wonder to the Wise Men and the gifts that were presented all those years ago,  “Frankincense, Myrrh and Gold”.  The PÜRE Collection offers our customers the same three (spiritial magical) gifts,  Gold found in  our…
END_OF_DOCUMENT_TOKEN_TO_BE_REPLACED
16 Aug

Are you Sure you are Using Organic ?

Are you using real Organic beauty products? Are you certain that you are in fact using an Organic product that is free of harmful and artificial chemicals? According to ‘The Soil Association’, the UK’s largest Organic Certification body, misleading and…
END_OF_DOCUMENT_TOKEN_TO_BE_REPLACED